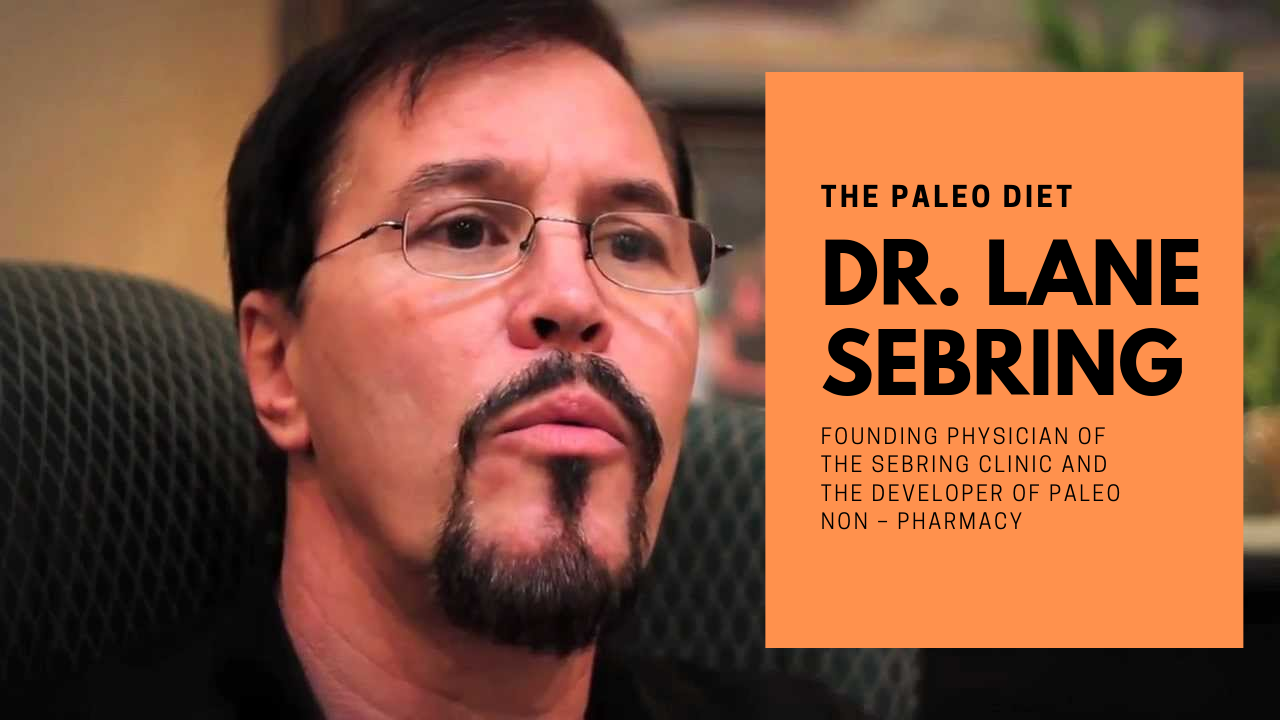 For almost two decades, Dr. Lane Sebring has run his medical practice in Wimberley, TX. He’s the Sebring Clinic’s founding doctor and the creator of Paleo Non Pharmacy. A renowned authority on anti-aging treatments and alternative medicine, Dr Sebring is the first medical doctor to focus his practice on the Paleo Diet — a diet he thinks humans are genetically compatible with. He kindly provided us with the following information, highlighting how the Paleo Diet is unique among weight loss plans:

Great History of The Paleo Diet.

The Paleo Diet features foods that were probably consumed during the Paleolithic period, which was roughly ten thousand to 2.5 million years ago. Typical examples are fish, lean meat, vegetables, fruit, seeds and nuts — all of which would have been gathered by hunters in these prehistoric times. This diet restricts foods that grew in popularity, once farming developed about ten thousand years ago. Such foods include legumes, grains and dairy products.

This main thing that differentiates the Paleo Diet from other approaches to weight loss, is its’ focus on wholesome ingredients, and its’ rejection of processed foods and other artificial products from the grocery store. This instantly eliminates a wide variety of hidden sugars, preservatives, additives, sodium, artificial flavors and colorings. The end result is less chemicals and toxins inside your body. Moreover, the diet concentrates on high quality food sources — wild fish, grass fed beef, organic produce and free range eggs, whenever possible. This means that your meals taste nicer, you receive extra nutrients, and you encourage ethical farming procedures.

The Paleo Diet Is Backed With Distinct Scientific Studies.

There have been several randomized scientific tests comparing the Paleo Diet with other dietary plans, like the Diabetes Diet and the Mediterranean Diet. Generally speaking, these tests indicate that the Paleo Diet offers advantages over diets based on vegetables, fruits, whole grains, lean meats, reduced fat dairy products and legumes.

A 2009 study compared the impact a Diabetes Diet had on thirteen type two diabetes sufferers, with the Paleo Diet. It showed that people who followed the Paleo Diet reduced their waist line and overall body weight more effectively. A study from 2008 showed that fourteen participants, who were in good health, managed to lose an average of 2.3 kg by eating a Paleo Diet for twenty-one days. In 2014, a study of seventy obese postmenopausal women showed that consuming a Paleo Diet allowed participants to slim down after six months.

How Does The Paleo Diet Work?

In comparison to most conventional Western diets, the Paleo Diet is much lower in sugars and carbohydrates. This helps to reduce blood sugar, control metabolism, lower systemic inflammation and improve gut health. Assisted by stress management and better sleeping patterns — both major lifestyle objectives of the Paleo Diet — these adjustments help to eliminate surplus body fat sustainably and naturally. The majority of people enjoy muscle growth and weight loss, while being active and following the Paleo Diet. Realistically, you could lose one to two pounds each week, based on your gender, height and starting weight.