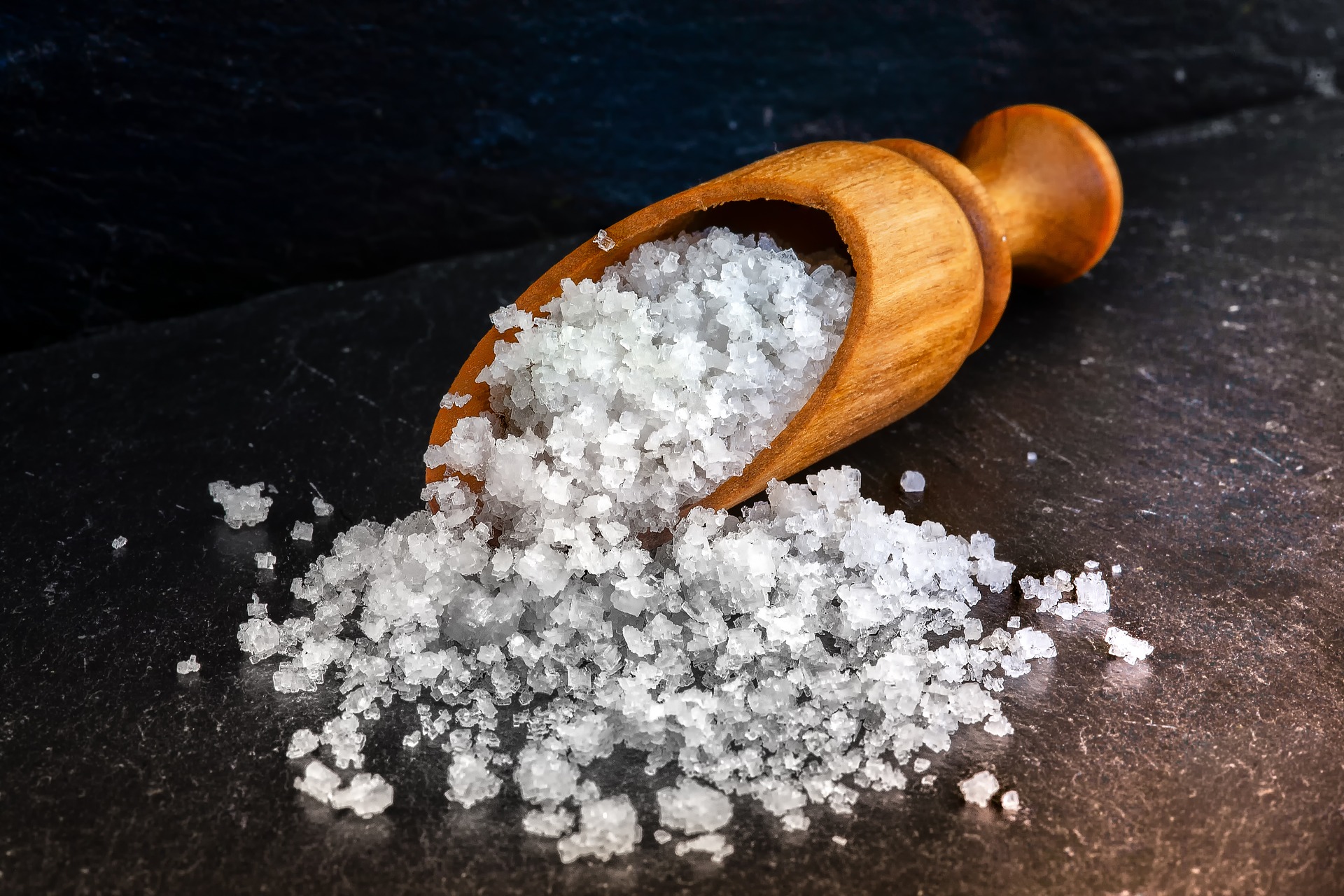 While some people are well aware of the culinary and taste benefits of adding salt to certain sweet dishes, most people still think that salt and dessert go together like chalk and cheese. How can salt be used to enhance something sweet? Surely these two substances are like mortal enemies?

Fleur de Sel de Guérande is considered a “finishing salt” rather than a normal cooking salt. With cooking salts, you would grind them or sprinkle them into hot dishes as they are cooking where the heat will help to dissolve the crystals and the taste directly into the food. With Fleur de Sel de Guérande, it is added as the final flourish to deserts to add a crunchy texture and release a complex additional mineral flavor as they melt slowly atop the dish.

2. It’s Best Known as a Complement for Galettes

Anyone who has visited Brittany in northwestern France will certainly have heard of the regional signature dessert of buckwheat crepes with sweet fillings, known as Breton galettes. Fleur de Sel de Guérande is harvested off the coast of Brittany, and so it makes sense that this particular variety of Fleur de Sel would be used on a dish like this. Mind you, it doesn’t mind being sprinkled on the savoury version of these galettes, either.

Its counterpart, the Fleur de Sel de Camargue is from the Mediterranean region around the mouth of the Rhone. It is used more typically on seafood, butter and bread with olive oil. Fleur de Sel de Guérande remains the best choice for the sweeter dishes.

3. It Has the Right Chemistry

The more practical reason that Fleur de Sel de Guérande works so well on deserts is found in its chemistry. This Fleur de Sel is not as refined as other salts, and therefore retains more of its natural chemical properties, which include the presence of trace calcium and magnesium chlorides, which are great for absorbing moisture. As they do, the salt’s minerals are pre-dissolved upon touching the dessert, allowing the immense flavour profile to be unleashed.

In particular, it reacts especially well when it comes into contact with things like caramel and chocolate. The chemical reaction that goes on between these two elements is the fuel that drives the world’s current salty-sweet mania that both excites and confuses us at the same time.

As its French nomenclature suggests, Fleur de Sel de Guérande isn’t just “good salt” or “fancy salt,” it’s the “flower of salts.” It was given this name because among the rich and varied world of salt, Fleur de Sel de Guérande stands out as a particularly beautiful thing. It is fine and delicate, much like the artistry of the desserts that it adorns when sprinkled on as a finishing touch.

What’s more, it “grows” in the salt “beds” in Brittany, fed by the waters of the Atlantic Ocean. This adds to the idea that this is a premium but fragile and precious commodity. There was even a time where only women were allowed to harvest it because men were considered too brutish to handle this delicate flower.

So, when considering adding a salty finish to your next dessert creation, remember Fleur de Sel de Guérande, and your taste buds will thank you for it.